Festival Cinéma Arabe 2015 takes place from 21 to 26 April in Rialto, Amsterdam. On 25 April, Filmhuis Den Haag will screen a selection, to be followed by Maastricht and Rotterdam. Read up on the highlights below. Curious about all films? Take a look here! 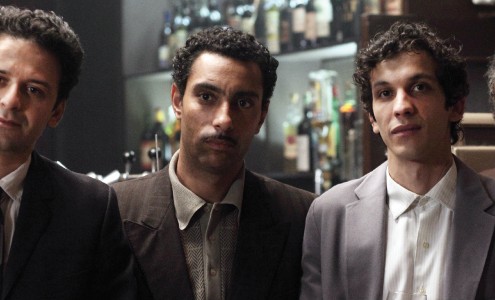 The past as a mirror of the present: what can do this better than film? The theme is the striking common denominator of three diverse titles. In the opening film The Silence of the Shepherd, Raad Mushatat returns to a black page in Iraqi history: the late 1980s, the heyday of terror under Saddam Hussein. This backdrop serves mainly to emphasize the contrast with a secluded and introverted village, where traditions are more important than what happens in the outside world. A powerful point of departure, especially with the knowledge of today. Theeb brings bygone times back to life in the timeless desert. It’s 1916; the old world is about to collapse. There is a distant rumbling. Change is inevitably approaching. A reference to the present? The Man from Oran certainly fits the bill. Like many a ruler, director Lyès Salem writes history his own way in a historical epic about Algeria. Not in order to conceal, but to expose the cycle of ideals, the striving for power and the corruption. After all, doesn’t history repeat itself?

Women of the revolution

During the revolutions in Egypt and Tunisia, the media were keen to emphasize that many women also took to the streets. Of course: women also longed for more freedom. And yes, their rights as a woman were also at stake. This certainly doesn’t mean to say that women’s emancipation had never before been on the agenda. On the contrary, as Feriel Ben Mahmoud outlines in Feminists, Insha’allah! The story of Arab Feminism: just like elsewhere, the fight for women’s rights began over a hundred years ago. The opposite of Ben Mahmoud’s broad lines are the individual stories of Private Revolutions. The four women of Alexandra Schneider show that emancipation in Egypt has many sides to it in practice. And do the men provide a little cooperation? Hmm. In the subversive Challat of Tunis, Kaouther Ben Hania casually exposes the male heart of post-revolutionary Tunis. It is not yet overrun with feminism. Ladies, gentlemen too, to battle! 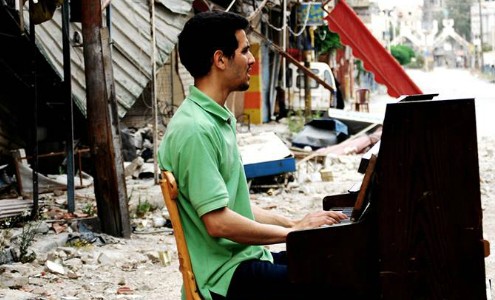 The trinity of war, isolation and fear is compelling. What is left to you as a human being, and a filmmaker, if you have to fear for your life, cut off from the world? Or if a repressive regime affects your ability to trust in another? Or if you are daily confronted with a threatening nine-meter high wall that seriously restricts your freedom of movement? This happens to Leila Sansour in Open Bethlehem. While she dreams of an open city, Bethlehem disappears behind impenetrable concrete. It is an uneven battle, that already seems decided further away in Syria. The residents of Al Yarmouk, Damascus, find themselves in a double trap. In Letters from Al Yarmouk the bullets fly round their ears, while they long to go home: the Palestine of a few generations ago. A dream image, as filmmaker Rashid Masharawi knows. Elsewhere in Damascus the world of Hazem Alhamwi narrows to his room. Is he there, From My Syrian Room, safe from the devastation of the free spirit? Fellow citizen Azza Hamzi on the other hand heads for confrontation in the streets. In A Day and a Button she walks around a block, bannishing her fear with a particular button. Thanks to these brave filmmakers, we can feel how it is not to be free – luckily only for a moment. 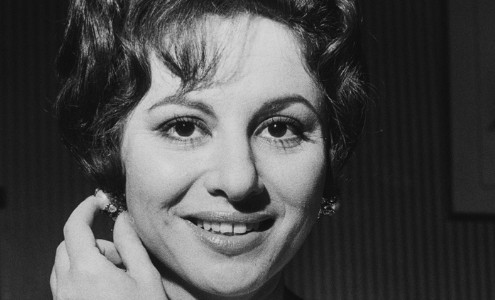 On 17 January this year, Egyptian film star Faten Hamama passed away. The ‘Lady of the Arabic Screen’ (1931) was the face of Egyptian cinema from the 1950s to the 1970s, then the Hollywood of the East. Since the age of six, she played in over 100 films, often in roles whereby she denounced the oppression of Arab women. She experienced her first screen kiss in 1954 with an unknown actor, a certain Michel Demitri Chalhoub. The romance continued outside the film set. Chalhoub converted, called himself Omar Sharif and married Hamama in 1955. The star couple made several romantic movies together before Sharif left for Hollywood. Hamama was critical of the regime of President Nasser and in the late 1960s she lived in self-imposed exile for some time. In the early 1990s she disappeared from the spotlights, to reappear in the year 2000 on television.

Festival Cinéma Arabe pays tribute to Hamama and shows two of her most famous films. In the tragic The Nightingale’s Prayer (1959), Hamama is the young Amna, who wants to avenge the death of her sister – critics say it’s her best role. The famous courtroom drama I Want a Solution (1975), about a woman who wants a divorce, made Hamama into an icon for the emancipation of Arab women.